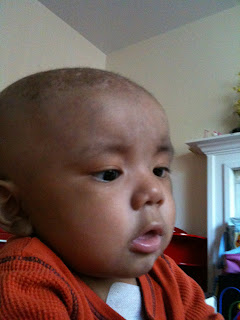 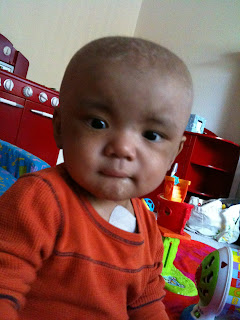 This morning Barry had blood work done. He usually gets blood tests at least once per week. Here are the results of the blood tests this morning. The doctors figure that Barry can go about two more days before he needs a transfusion of platelets. 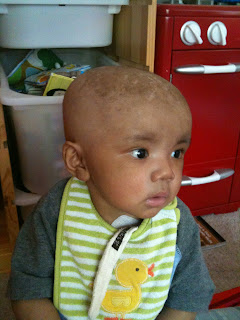 On Wednesday June 23, 2010, Barry got a platelet transfusion. His platelet levels were down to 4 (or 4 x 10^9 per liter). Just to give you an idea, the normal platelet range is 150-400 x 10^9 per liter. Also, the results of Barry's bone marrow biopsy (third one after transplant) on June 9th showed that his MRD was at 29.3%. The MRD decreased from 29.7% (second biopsy after transplant) to 29.3% so this is okay. As long as Barry's leukemia doesn't grow, we can keep him off of chemotherapy so that he can get stronger. Then at the six month mark after transplant (October 2010), we can do another bone marrow transplant.
Posted by Barry Pham at 6:24 PM 4 comments: 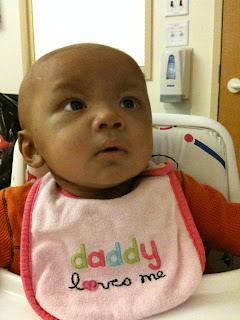 Barry's cytogenetics test results also show a 7q- chromosomal abnormality. This means that he may already have or might be developing myelodysplastic syndrome. The cure for MDS is also a bone marrow transplant. So to sum it up, we will still need to do a second bone marrow transplant for Barry. Overall, he looks pretty healthy and if you saw him, you would not even know that he has cancer.
Posted by Barry Pham at 7:15 AM 2 comments: